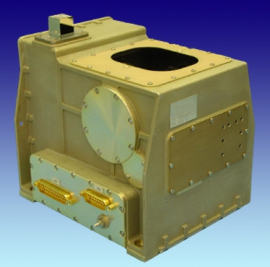 As part of the attitude control subsystem, the Earth Sensors used in 1st Generation Satellites are based on Infrared sensors developed originally for Geostationary satellites. For MEO they are not fully fitted, which result in supplementary operations. This activity is addressing the development of a new generation of Infra Red Earth Sensors (IRES) specifically optimized for use in MEO orbits.

The objective is to perform a two-phases contract, where in the first part (Phase-1) a preliminary parallel study shall be developed considering two sensors configurations: a high performance one (Technology-1, intended for primary use or as a secondary attitude sensor), and a coarse lower performance one (Technology-2, intended for use in e.g. an Earth pointing safe mode, FDIR consistency checks).

During the end-of-Phase-1 review, it will be decided which one (if any) of the two configurations shall be considered for the potential further Phase-2 development, up to and including EM production and testing. The improvement of the capabilities of current Earth Sensors would result in improved attitude control and reduced operations for use at MEO.